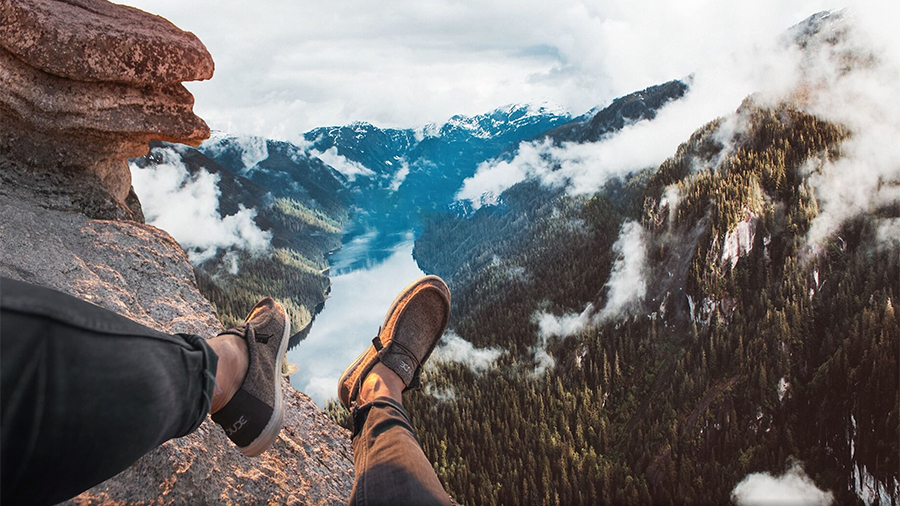 At the ICR Conference 2022, Andrew Rees, Crocs’ CEO, took another stab at explaining the merits of its pending acquisition of Hey Dude, predicting the little-known casual footwear brand would reach $1 billion in sales by 2024, up from $580 million in 2021.

On December 26, Crocs announced that it had entered into a definitive agreement to acquire Hey Dude, based in Riverside, CA, for $2.5 billion in a cash-and-stock deal.

Crocs shares slid 12 percent on the news, with the decline attributed to little investor knowledge of Hey Dude and the higher debt leverage resulting from the deal. Shares have since bounced back as Crocs on Monday of this week raised its outlook for the year in advance of the company’s ICR Conference presentation.

The updated 2021 outlook calls for:

In September 2021, Crocs held an investor day that outlined a goal to achieve $5 billion in growth from the Crocs’ brand, representing a 17 percent CAGR (compound annual growth rate) over the next few years. The $5 billion goal excludes contribution from Hey Dude. Said Rees, “We remain fully committed to that in terms of our growth trajectory and ambition for the Crocs brand.”

He highlighted the four areas expected to drive growth for the Crocs brand:

However, the bulk of Rees’ presentation was spent elaborating on Hey Dude, with the acquisition expected to close in the first quarter. “I think the addition of this brand to Crocs creates a globally scaled leader in branded casual footwear,” said Rees. “We’ve combined two brands that have significant growth potential, and it also quadruples our addressable market.”

He said the acquisition increases the size of the company’s addressable market to more than $160 million, with Hey Dude competing in the $125 billion casual footwear space. The Crocs’ brand competes in clogs, seen as an $8 billion global opportunity, and sandals, a $30 billion market.

The acquisition places Crocs just behind Skechers in the branded casual footwear space and ahead of Deckers Outdoor, the parent of Ugg, and Wolverine World Wide, which owns Merrell and Sperry. Said Rees, “It puts us as one of the largest in scale for casual footwear branded players in the world today, which is a great place to be.”

The acquisition helps diversify the business, with Rees noting that investors have frequently expressed concern about Crocs being significantly reliant on the clog silhouette. On a proforma basis for 2021, the clog silhouette would have represented 59 percent of sales, including Hey Dude, down from 74 percent. The sandals and casual footwear businesses are expected to grow faster than its clog business in the years ahead to further diversity the mix.

The acquisition accelerates its goal to drive digital growth with penetration at Hey Dude at 48 percent compared to 37 percent for Crocs. Including Hey Dude, digital penetration for the company would have been 39 percent in 2021.

Rees also described the two brands as an “ideal fit,” with both focused on many of the same consumer trends around digital, comfort, sustainability, and personalization.

At the same time, Hey Dude’s growth is expected to benefit from Crocs’ scale and expertise.

“We believe we can leverage the playbook that we’ve effectively executed within Crocs within Hey Dude, whether that be innovation, whether that be focusing on our core iconic silhouette or whether it be marketing to bring new consumers into the franchise.”

Areas Hey Dude is expected to capitalize on include international growth. Only five percent of its business is outside the U.S. compared to 31 percent for Crocs. Rees said, “We have well-developed capabilities and distribution in both EMEA and also in Asia. So we would look to expand Hey Dude on a global basis.”

In wholesale, Hey Dude has about 30 percent overlap with Crocs’ wholesale partners. Opportunities exist to expand to wholesale accounts not currently carrying Hey Dude. Said Rees, “I think the lack of penetration of those partners has not been the applicability of the product and the brand to those partners, and it’s largely been constraints around supply.”

Crocs’ social and digital marketing prowess is expected to help improve Hey Dude’s brand awareness, which is only about 20 percent. Said Rees, “I think Crocs is best in class in terms of its social and digital marketing and our ability to engage consumers. In the case of Crocs, we focus on driving brand relevance, and Hey Dude is more about awareness.”

Investments are also planned in digital and sourcing capabilities. Hey Dude physical store locations are planned, although the primary focus is wholesale and digital.

In closing, Rees said Crocs sees a “very tangible and clear pathway for value creation in the future” to enable Hey Dude to reach $1 billion in sales by 2024. He added, “If you look at the global branded casual footwear arena, that’s a Top 10 brand on a global basis. So we’re very excited about this acquisition and the prospects that it provides for shareholders.”