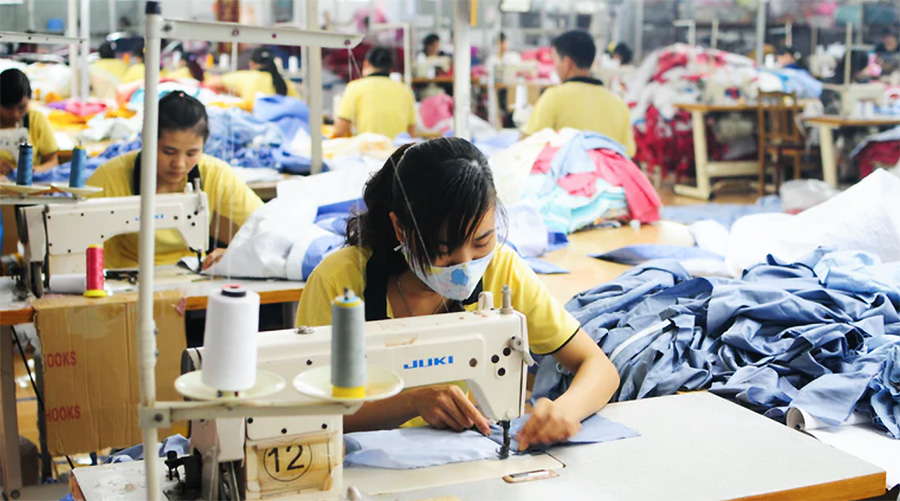 Economists at BofA Global Research, in a new report, found that while production disruptions in Vietnam have eased, a return to full capacity by the end of 2021, especially in the labor-intensive apparel and footwear sectors, could be overly optimistic.

On the positive side, Mohamed Faiz Nagutha, ASEAN Economist at Bank of America Merrill Lynch (BofA), wrote in a report that following the surge in COVID cases in July and August that led the Vietnamese government to implement strict lockdowns and mandated factory closures, the country made notable progress in vaccination rates and, since September, restrictions have started to ease. However, Nagutha believes predictions from global sports brands and their OEMs (original equipment manufacturers) that factories in Vietnam will reach full capacity by December could be challenging to meet.

“While production activities indeed recovered fast last year after the brief COVID-related disruption, production is likely to take longer to normalize this time around, perhaps as long as six months,” said Nagutha. “While the catch-up pace could be relatively fast at the beginning, we believe it will get more difficult to close the final 10-to-20 percent of the capacity gap if labor shortages persist.”

He cited four reasons for the slower return to normalized production in Vietnam:

Beyond the labor shortages, rising raw material costs and supply chain disruptions in many parts of Asia have presented hurdles for production to return to full capacity.

Nagutha further noted that the “segregation of work” potentially leads to productivity loss as factories return to full speed. He elaborated, “For example, just because a factory has 80 percent of its workers back does not necessarily mean 80 percent output if those with complementary skills are lacking. This is the case even in the labor-intensive but highly-skilled job of footwear production—a few missing key workers could hold up the entire assembly line by quite a bit.”

BofA expects some of these production losses are likely to be permanent, with a 5-to-10 percent “output gap” relative to the pre-COVID-19 trend likely into the end of 2022

Regarding supply chain diversification, Nagutha noted that Vietnam’s role in global supply chains has grown. It has absorbed a significant portion of labor-intensive goods production such as apparel and footwear from China and some of the electronics supply chain over the last several years. He expects the disruption from the recent factory lockdowns to take back some of Vietnam’s gains with more labor-intensive production heading to Indonesia, the Philippines and Cambodia.

In the near term, Bofa expects the apparel and footwear shortages from Vietnam to unlikely have a significant impact on the U.S. holiday season, with the production of holiday products primarily completed before the COVID surge. However, U.S. retail inventories in the first half of 2022 are expected to be impacted, likely resulting in smaller clearance sales in the coming months to make up for the expected lean inventory levels.

Nagutha said the reduced clearance activity could amount to “significant inflation.” He added that this would come on top of expectations from BofA equity analysts for mid-to-high single-digit price increases in apparel and footwear in the first half of 2022. Nagutha wrote, “For the U.S., the spillover effect from Vietnam’s lockdowns will not be huge, but it won’t be trivial either. Roughly a 5 percent increase in apparel and footwear prices in 1H 2022 seems plausible.”